BEYOND COMPERE: Meet Ryan Swain, host of Rock the Park

We were delighted to talk to Ryan Swain, main-stage host of Rock The Park!

Hi, Ryan. Tell me a bit about Rock The Park and what you’ll be doing

There are going to be number of top tribute bands from across the world over three stages in front of 15,000 people. They’ve already sold 14,000 tickets so it’s going to be huge.

I’ll be on the main stages on Saturday and Sunday, but on Friday night, I’m doing a DJ set for Clubland, a dance brand which has been going since the late 90s and produces these spectacular shows called Clubland Events featuring artists like Cascada, Basshunter, Scooter and Special D. They have also released several compilation albums, such as Clubland Classics and 100% Clubland.

So that’s a big thing for you…

Yeah, it is. I get to host lots of live gigs, work with some massive acts and tour with the show across Europe! We’ve got some big ones coming up like ‘Clubland: The Show’ in October. I’ll be dressed up as PT Barnum for that because it’s got this Cirque Le Soir vibe. It’s not just about it being a rave any more, they’re trying to rebrand the name and turn it into this huge Tomorrowland thing.

OK, so who’s going to be performing on the Friday night?

Well, Basshunter, The Outhere Brothers who sang Boom, Boom, Boom, Ian van Dahl – he had a massive hit with Castles in the Sky, MC Keyes, Cover and The Blackout Crew so genuine dance acts performing live – it’s really going to go off!

How did you land the Clubland thing? 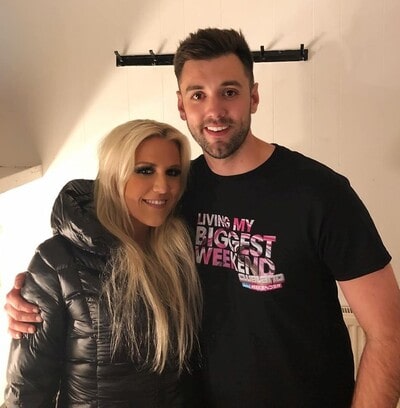 I’ve been interested in Clubland since I was a teenager. I love the music and I know everything there is to know about the artists. As to them signing me, I managed to get my name out there to the people running the brand: Keiran Keys, Terry Slemen and Graham Turner, who is a part of a dance act called Flip’n’Fill – they were really big 10/20 years ago and had hits called Shooting Star and Shakey Shimmy.

They asked me to be a face for the brand and be a host and warm-up act. I’m not just a radio presenter, I do DJ sets, I rap a bit, I MC, I tell jokes. I’m an all-round performer, not just a one-trick pony.

Are you doing other festivals over the summer besides Wrexham?

Yeah, I’ll be presenting at loads of festivals this year. I love performing in front of a real audience on a real stage; I’m not interested in something like Britain’s Got Talent or Love Island. It’s my job to go out there, build the anticipation and get the audience really buzzing and engaged. I take a lot of pride in what I do because there aren’t a lot of people doing that. Some people think that after appearing in a reality TV programme, they can just go out and do what I do. I’ve been doing this for over 10 years now and I know what it takes to work a crowd.

So what do you know about Wrexham?

I know it’s really popular for dance events. There’s a very good club in Wrexham called Mojo which has been taken over by Sam Foulkes, the guy organising Rock The Park. He’s got some great ideas and some big events planned so the groundwork is being laid for that. We have talked about me doing a set there after Rock The Park. 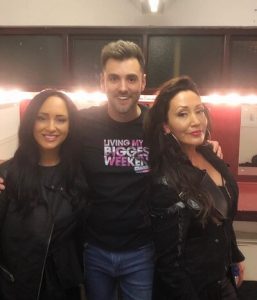 with Karen Parry and Kelly Llorenna

I’ve worked closely with Paul for a few years. I’ve done quite a few ‘Evening With…’ shows with him so I’ve got to know him well. We created a detailed interview that talks about his lifestyle and the significant events that have taken place in his life and we address that in front of a studio audience. They also get a meet-and-greet and a photograph with him.

Paul’s a great guy. He’s a complete whacko, but he’s a lovely person. I love his spontaneity and he doesn’t take himself too seriously. That’s probably why people give him so much adulation.

I was very lucky enough to work with Ronan Keating at Harrington Park in Sunderland in front of 10,000 people. Ronan’s manager knows me; He lives in York, and I live in Malton which is not too far away so he got me that gig really. Ronan enjoyed my performance and said I bring a different kind of energy which is a nice thing for him to say. He got helicoptered in, then helicoptered out. It was all very rushed, but I managed to get a good picture with him; he’s a cool guy.

You had an operation on your heart when you were four, but you’ve also done a record-breaking skateboarding event. The heart problem doesn’t hold you back, then? 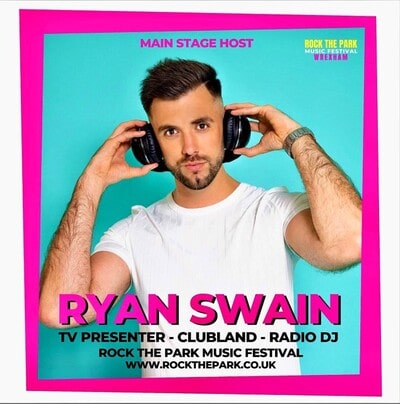 Even when I was poorly with it, I was still a very active child. I was very thin, but then suddenly put on a lot of weight so you could tell that there was something not right. I had this thing called ductus arteriosus where a valve in your heart is open when you’re born that should close off. Mine didn’t unfortunately which led me to develop this ‘hole in my heart’. I went to the cardiology hospital in Leeds and they basically saved my life.

All that’s given me a positive approach on life and has made me the person I am. It’s also made me more grateful: when you go through a life-changing experience like that, it puts things into perspective and makes you appreciate things more.

I’ve done stuff for charities nationwide. It’s vital to give something back and more so now I’ve got my name out there a bit more and people know who I am. If you can use your name, your status and your talent to its maximum potential, it can change lives and help people.

I’m a big campaigner for ADHD. I was diagnosed with it quite late, mainly because I was failed by the education system, but I knew that I had it. It started to affect me a little bit more in later life as I came out of my teenage years and into my twenties. I saw a darker side to it and that’s when I got some help and guidance. 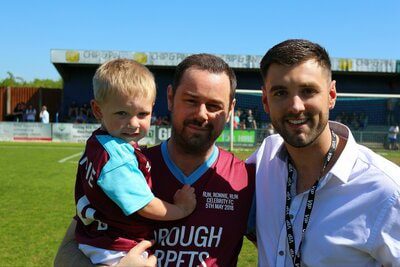 I’m not on any medication at all now: I know how to control and deal with it naturally. I try and inspire other people, younger people especially, not to go down the medication route. That’s very important because then you rely on it and that’s a very easy trap to fall into. The problem with ADHD is some of the medication is highly stimulative and they don’t always tell you what they’re giving you.

My family keep me grounded: My fiancée, Natalia, is a dancer. She works at Flamingoland, that’s where we met. I was working as a head compere there and we were on the same team. You know you’re onto a good thing when you can work with someone and maintain a stable relationship with them. The twins were conceived at Flamingoland! We were sharing a dorm and we didn’t have a television so we had to make our own entertainment!

Are the twins going to follow you into show business?

I’d say it’s likely, yeah. They love dancing, singing, ballet and musical theatre and go to a dance expression class. They’re really into the film ‘The Greatest Showman’ so they’re showing signs already, but whatever they do if they’re happy, I’m happy.

Great! Thanks, Ryan. I wish you all the best with Rock The Park!

Tons of Family Fun in Town!

Get Your Arts At Home With Tŷ Pawb

If you're looking for top-quality granite or quartz worktops for your kitchen, look no further than the lovely Ange… https://t.co/y3XxJvwFP3

Reply Retweet Favorite
Cae Hic Livery and Riding Centre are open again! They have an indoor and outdoor arena and provide lessons for all… https://t.co/DEM4bZLzOB

Reply Retweet Favorite
Menter Iaith Fflint a Wrecsam @fflintawrecsam are working to promote, facilitate and increase the use of Welsh in F… https://t.co/SO4DGcUVUj