Home History Smiling Rosemarie On Top Of The World
HistoryWrexhamites

Meet ROSEMARIE FRANKLAND, the girl from Rhosllannerchrugog whose journey to the very pinnacle of the beauty pageant world was followed by her struggle to adapt to a life in show business.

Rosemarie Frankland, the Welsh beauty pageant contestant, won the 1961 Miss United Kingdom and Miss World titles before becoming an actress. Born in Rhosllannerchrugog in February 1943, she was the child of a hospital cleaner and a factory foreman. She moved to Lancashire as a child and worked at a local branch of Marks and Spencer. 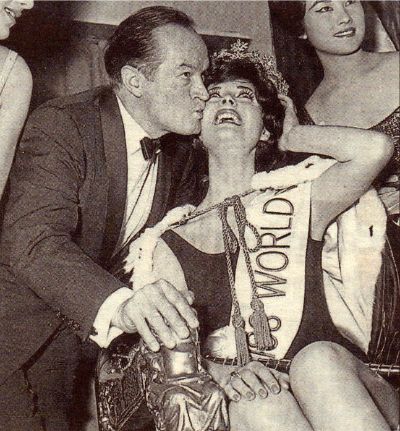 She took part in many beauty pageants and won the titles of Miss Lancashire and Miss Lake District before her big break when she won Miss Wales in 1961. Winning Miss Wales meant she qualified for Miss World and later that same year (as Miss United Kingdom), more than 10 million television viewers watched her become the first British woman and the seventh European to win the Miss World competition at the Lyceum Ballroom in London. She also was the first runner-up at Miss Universe 1961.

Together with Gina Swainson, who won the Miss World title as Miss Bermuda in 1979, she is one of the two women who came closest to winning Miss Universe and Miss World, having been second at Miss Universe before winning Miss World. Helen Morgan who was also Miss Wales and Miss United Kingdom, achieved the same feat, but she resigned the Miss World title four days after being crowned. When Bob Hope crowned Rosemarie as Miss World, he commented that she was the most beautiful girl he had ever seen.

Modelling work flooded in after she secured the Miss World title. She also auditioned for a number of Hollywood studios and she had an uncredited role in the 1964 Beatles’ film A Hard Day’s Night. At this time she married Ben Jones, a photographer who was 16 years her senior, but the marriage was unable to survive her hectic lifestyle and he filed for divorce six months later on the grounds of adultery.

Jones said “Rosemarie was star-struck and I don’t think she had the capacity to deal with it. For an 18-year-old behind the counter at Marks and Spencer to be thrown in the deep end of Miss World with no guidance and nobody to help her was too much. In the end it was a bit of a Marilyn Monroe story.” 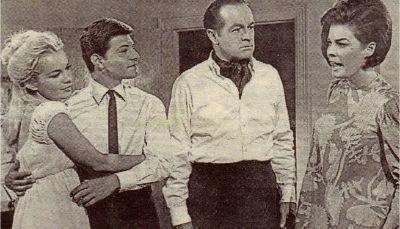 Her affair with Hope, which had started shortly after she won the Miss World title, began again in earnest. She moved into his Palm Springs home and appeared in his movie, I’ll Take Swede in 1965. Hope took her on a tour of American forces in the Arctic, joking: “She’s so ho

t, we were in real danger of going through the ice.”

The film roles dried up and I’ll Take Swede was her last movie role. She had a short-lived stint as Hope’s personal assistant, but her relationship with him came to an end too as he refused to commit to her. 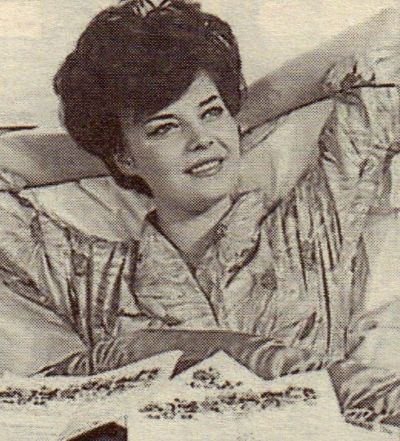 In 1970, she married The Grass Roots singer/guitarist, Warren Entner and went to live in Los Angeles. In 1976, she gave birth to their only child together, a daughter, Jessica. She and Warren divorced in 1981.

She was suffering from depression at the time of her death, purportedly from a drugs overdose. She was 57 when she died on December 2, 2000 at Marina del Rey, Los Angeles County in California. She was cremated in the USA, but her ashes were moved back to her native Wales and were interred in Rhosllannerchrugog cemetery.

Cruise Myths Debunked: Why Your Next Holiday Should Be A Cruise

Your Dog and Your New Baby

A Dog Isn’t Just for Christmas

Reply Retweet Favorite
Only Wooden Kitchens is a family-owned and -operated business that combines beautiful custom woodworking and top-qu… https://t.co/w84T7cHkhJ

Reply Retweet Favorite
If you find you're in need of help with your boiler, DR Plumbing & Heating are the guys to call. Free quotations an… https://t.co/kVR5467SjJ

The story of Elihu Yale as you’ve...