Explore the World with These Virtual Tours

One of the most fascinating aspects of being online is the ability to access areas of the world you would otherwise have no chance of reaching. Attractions have cottoned onto this too and have realised that the best way of advertising their theme park or museum is to allow potential visitors a sneak-peek at what they can offer.

To satisfy this, we bring you a list of the best virtual tours available on the internet. We travel near and far to locations such as Chester, the continent of Europe and all the way over to the United States of America so you can see these amazing places in stunning high-definition video.

So what is a virtual tour? It is a simulation of an existing location with the help of sequential videos or still images. They also feature other multimedia elements like music and narration among other things. alleventsin.com has produced this amazing guide to

virtual tours online. It really does allow you to travel the whole world from your living room so log on and get exploring! 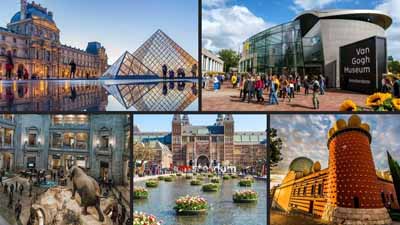 Visit the iconic museum located in the heart of London. You can tour the Great Court, Chichén Itzá and The Egyptian mummies.

Situated in Washington DC, The Smithsonian is the world’s largest museum and research complex with 19 museums and nine research centres.

The Louvre in Paris is one of the world’s largest art museums. It features possibly the most famous painting of all time: The Mona Lisa or La Gioconda by Leonardo da Vinci.

The Rijksmuseum is home to many of the Dutch masterpieces including Vermeer’s The Milkmaid, Rembrandt’s Night Watch and Van Gogh’s self-portrait.

The Palace Museum in Beijing houses astonishing attractions like the Russian Court Ceremony and the Treasure Gallery.

Standing very close to the Rijksmuseum, the Van Gogh Museum is dedicated to the works of Vincent van Gogh and his contemporaries.

The Metropolitan Museum of Art

The “Met” presents over 5,000 years of art from around the world for everyone to experience and enjoy. The Museum has three iconic sites in New York City: The Met Fifth Avenue, The Met Breuer and The Met Cloisters.

The Dalí Theatre and Museum, is dedicated to the artist Salvador Dalí in his home town of Figueres, in Catalonia, Spain. Salvador Dalí is buried in a crypt below the stage.

The Museum of Modern Art (MoMA)

MoMA is in Midtown Manhattan, New York City on 53rd Street between Fifth and Sixth Avenues. It plays a major role in developing and collecting modern art and is often identified as one of the largest and most influential museums of modern art in the world. 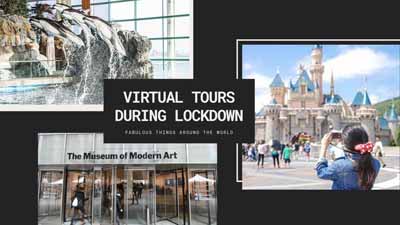 This is cheating a bit really, but the link will take you to several theme parks all in one go. You can see Legoland, The Universal Orlando Resort and Walt Disney World among others.

Disneyland Park, originally Disneyland, is the first of two theme parks built at the Disneyland Resort in Anaheim, California. It is the only theme park designed and built to completion under the direct supervision of Walt Disney.

The Houston Zoo is a 55-acre zoological park located within Hermann Park in Houston, Texas. The zoo houses over 6,000 animals from 900 species. It receives 2.1 million visitors each year and is the second most visited zoo in the United States.

The Zoo has come a long way since opening its doors back in 1889! Zoo Atlanta has changed dramatically since the earliest days of their Victorian origins from the  fascinating  series  of events that led to Atlanta’s first zoo to the legendary Willie B, to the history of their giant panda programme.

Chester Zoo was opened in 1931 by George Mottershead and his family. It is one of the UK’s largest zoos at 51 hectares. The zoo has a total land holding of approximately 160 hectares.

Shedd Aquarium is an indoor public aquarium in Chicago, Illinois in the United States. Opened on May 30, 1930, the 5-million-US-gallon aquarium was for some time the largest indoor facility in the world. Today it holds some 32,000 animals.

Monterey Bay Aquarium is a non-profit public aquarium in Monterey, California. Known for its regional focus on the marine habitats of Monterey Bay, it was the first to exhibit a living kelp forest when it opened in October 1984.