Ah, New York, the city that never sleeps. If you’re looking for the ultimate city break, check out our guide to the Big Apple for all the best tourist spots, rooftop hangouts and all-American food.

New York is a dazzling hub of culture, history and entertainment. Whether you’re looking for a short city break or are planning a multi-stop trip around the US, New York must be on your bucket list. And there’s something for everyone all year round: Broadway shows, cycling in central park, mouth-watering food and breathtaking views are all on the agenda.

Not everything in New York needs to be super expensive and there are plenty of budget hotels to choose from. If you want to be in on all the action, Moxy’s Times Square is a trendy hotel located on the edge of Times Square, 200 yards from Macy’s and three minutes from Penn Station. With its rooftop bar, you’ll have fantastic views of the Empire State Building and Times Square.

For those wanting to go for all-out luxury, the St Regis hotel looks as spectacular on the inside as it does on the outside. This building was once the tallest in the city and is Forbes 5-star and AAA Five-Diamond rated. You’ll notice the grandeur the minute you step inside with its marble pillars, sparkling chandeliers and fantastic artwork. Here you can relax in the King Cole bar, where the first ever Bloody Mary was poured. The St Regis is located just four blocks from tourist hotspots like Central Park, Times Square and Broadway and you’ll be in shopper’s heaven with Fifth Avenue directly adjacent! 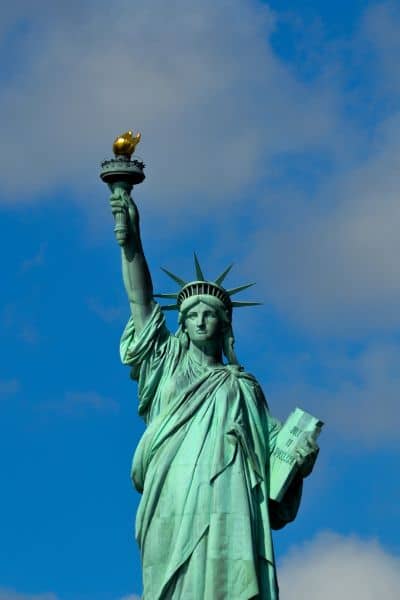 There are so many things to see and do in New York. For epic views, you can’t miss a trip to the top of the Empire State Building. The Rockefeller Centre is also a great contender when it comes to checking out the city’s skyline so we recommended checking out one during the day and one at night to get the best viewing experience.

A show on Broadway is a once-in-a-lifetime experience so if you’re a bit of a theatre buff, you’ll be in your element. From musical classics to Broadways adaptations, Paulina can arrange tickets in advance to avoid disappointment.

A visit to the 9/11 memorial and museum is a truly sobering experience and well worth a visit. Those who wish to learn more about the history of the city should head over to Ellis Island and the Statue of Liberty for an interactive museum experience.

Sports fans can head up to the Bronx to catch a Yankees Baseball game, while those looking for a bit of R&R can take a day trip to Long Island and soak up the fresh coastal air. You can even relax on the beach depending on the time of year! 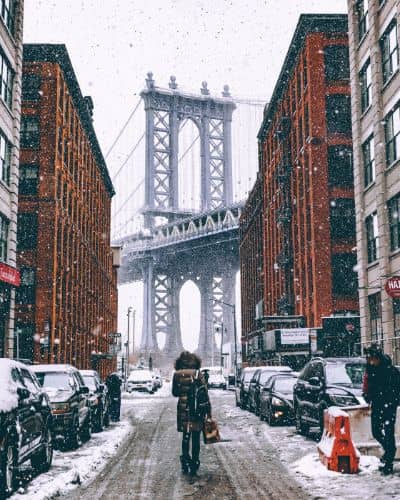 New York is known for its fantastic shopping and if you visit at Christmas, you’ll be in for a treat. Fifth Avenue is the go-to shopping place in Midtown with big names such as Saks, Tiffany & Co, Armani and more. Macy’s flagship store is located on Herald Square in Midtown and is a shopper’s haven, offering hundreds of fashion, jewellery, gadget and accessory items, not to mention possibly the world’s best food court.

Top TIP: If you want to bag a real bargain, you could choose to brave the streets of New York on Black Friday, which is usually at the end of November after Thanksgiving! You’ll see some major price drops and you’ll also get to witness the Rockefeller Centre Christmas tree which is usually revealed during this time.

If you want to get away from the crowds of tourists and experience New York from the other side (quite literally), head over to Brooklyn where the rooftop bars offer uninterrupted views of the Manhattan skyline. You can also grab a packed lunch, hop on the Staten Island Ferry which is free, sit back and take in your surroundings. The ferry passes by the Statue of Liberty so if you aren’t fussed about going to Ellis Island, you can still get those insta-worthy snaps without the added cost.
Fifth Avenue is home to one of the best rooftop bars in Manhattan. 230 on Fifth is free to enter and you can head on up to the terrace where you’ll have the Empire State Building right under your nose. This is perfect for pictures, and during the winter, they have colourful igloos you can warm up in while sipping on some hot apple cider.

Get in touch with your local, Wrexham-based travel consultant Paulina Twarog today on 07824 378 885!

In The Dark About Smart Meters? Groundwork North Wales Can Help!

Explore the World Without Leaving Your Couch!

Five of the World’s Quirkiest Hotels

The Most Dog-Friendly Places to Visit in the...

Our Top Picks for Your February Getaways