The legendary nights against Porto and Roma in 1984 live long in the memory, but Wrexham’s European adventures began many years before.

The 70s saw the Reds appear in the Cup Winners’ Cup on four separate occasions. It saw tales of famous victories, dodgy refereeing, trips across the Iron Curtain, and most memorably a run to the quarter finals in 1976, when only a team packed full of world-class stars prevented further glory. 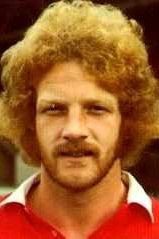 1972 saw our first venture to foreign fields. A Welsh Cup win over Cardiff saw us qualify for the first time and the Reds made their European debut against FC Zurich. Albert Kinsey scored Wrexham’s first European goal in a 1-1 draw in Switzerland, before the tie was won on an emotional night in front of 18,000 fans at the Racecourse. Reds legends Billy Ashcroft and Mel Sutton got the goals to clinch a 2-1 victory for John Neal’s men and our European adventures were up and running. The next round saw us paired with the Yugoslavian outfit Hadjuk Split – the home leg came first, and Wrexham raced into a 3-0 half time lead. A late consolation goal was to prove crucial, however. In front of a hostile crowd in the return leg, the Robins went down to a 2-0 defeat and an away-goals defeat in a game remembered by some terrible refereeing decisions from the Polish referee. Out but unbowed, it would be another three years before the next adventure, but this would prove to be maybe the greatest of them all. 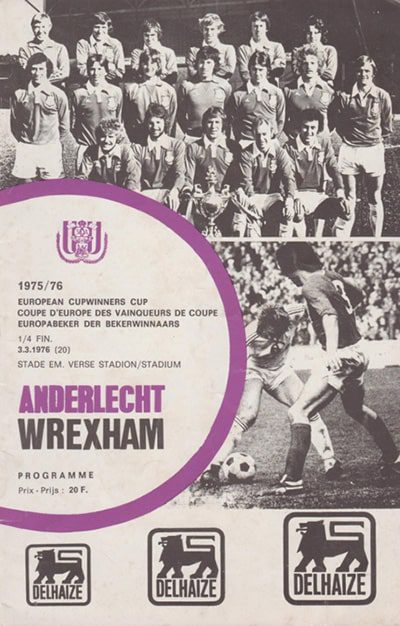 The 1976 campaign started against Djurgardens of Sweden – goals from the little maestro Arfon Griffiths and captain Gareth Davies sealed a 2-1 win, and a Graham Whittle goal in Stockholm was enough for a 1-1 draw to put the Reds through. In the second round, the Reds were drawn against Polish side Stal Rzeszow – a Billy Ashcroft double secured a 2-0 home win and a hard fought 1-1 draw in Poland (courtesy of another Mel Sutton strike) saw us into a first European quarter final.

The draw couldn’t have been more difficult: Belgian side Anderlecht, a side packed with international players, including two Dutch World Cup finalists from just two years before – Arie Haan and Robbie Rensenbrink. Wrexham put up a superb performance in the first leg – a narrow 1-0 defeat set things up perfectly for one of the great Racecourse nights under the lights with a chance of history beckoning.

Unfortunately, it wasn’t to be. Nearly 20,000 packed the ground to see Stuart Lee put the Reds ahead on the hour mark to level the tie, but despite constant pressure, the second goal wouldn’t come. With 14 minutes to go, Rensenbrink struck in front of the Kop to make it 1-1 and the Belgians held on for the narrowest of wins. A few months later, they beat West Ham 4-2 at the Heysel Stadium in Brussels to win the trophy, Rensenbrink scoring twice. The Robins had come so near and the 1976 campaign will never be forgotten. 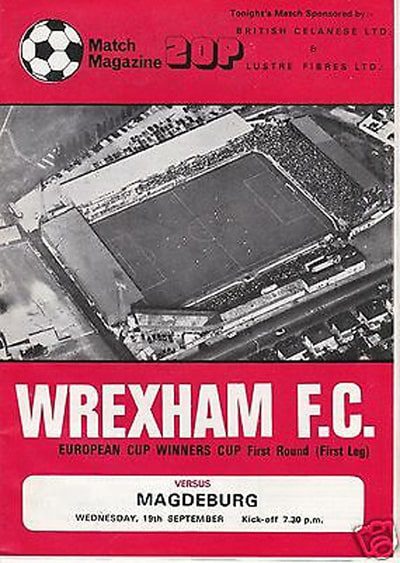 The final two European campaigns of the 70s were shorter, but also eventful – 1978 saw another trip to Yugoslavia, but a 3-0 defeat to FC Rijeka left the Reds with too much to do back in Wales. Goals from Dixie McNeill and Les Cartwright gave us a 2-0 home win, but the equaliser wouldn’t come and we fell at the first hurdle. A year later, the Reds came up against East Germans Magdeburg and despite an exciting 3-2 home win (with Steve Fox running the show), the Germans eventually proved too strong. Wrexham were two minutes from going through in the second leg, but a late Magdeburg goal took the tie to extra time and the Germans eventually run out 5-2 victors. This brought a thrilling period in the club’s history to a close. Although by the time we appeared in Europe again, the glory days of the late 70s had been replaced by struggles in Division four, there were still great chapters to be written.