Home SportsRugby Springbok Versatility and Discipline Steers Them to Title

Springbok Versatility and Discipline Steers Them to Title

Well, what a topsy-turvy Rugby World Cup that turned out to be – full of unexpected twists and turns right up until the final! Typhoon Hagibis played its part in the group stage, but thankfully had blown itself out and did not affect the quarter finals or beyond. 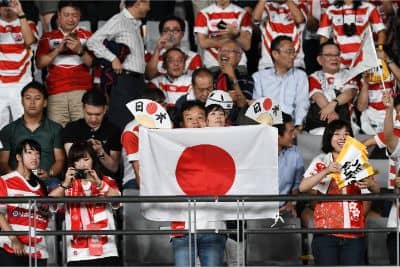 Japan were amazing hosts and provided us with a side to spectators that we are unfamiliar with here in the West. The way they would unashamedly support one of the competing sides (at a neutral game of course), painting their faces with the nation’s flag, wearing one of their jerseys and even going so far as learn the words of their national anthem! One fan decided to paint his torso in the colours of all 20 participating teams! The Japanese fans even routinely stayed behind after the game and helped clear the litter from the stadium.

Anyway, on to the quarter-final action: first up was England v Australia in which England dominated all aspects of play and ran out 40-16 winners, amazing when you think it was 17-16 at one point. New Zealand crushed a rather disappointing Ireland 46-14. Ireland never got going and it was hard to believe that they’d actually won two of their previous three games against the All Blacks. A big mention to Rory Best retiring after 124 caps. Wales made very heavy weather of their tie against France and would surely have lost had it not been for the French lock, Sébastien Vahaamahina – who went from try-scoring hero to Aaron Wainwright-elbowing zero – being sent off. As it was, they only ended up winning 20-19 and as Warren Gatland said afterwards ‘The better team lost today’. The quarter finals closed with the potentially romantic scenario of Japan winning being bashed, battered and broken by the brutal South Africans. In a now strange premonition of the final, they strangled and choked the life out of the seemingly more fleet-footed opponents and ran out comfortable winners by 26-3.

The semi-finals were polar opposites of each other. England’s extraordinary victory over New Zealand by 19-7 was surely the best game of the tournament. It was strange to see an All Blacks team constantly on the back foot and having no answers to the white tide that was constantly engulfing them. Owen Farrell’s smirk while watching the haka was an indication that this was simply not going to go New Zealand’s way. Wales saved their gutsiest performance for the semi-final, but South Africa were simply too powerful and too well-organised. They were lacking their most incisive runner in Cheslin Kolbe, but Damian de Allende was simply colossal and it was symptomatic he should score South Africa’s try by simply brushing off Mike Biggar and then Tomos Williams. Credit to the Welsh for running the South Africans so close, but there was a grinding inevitability about the Springboks and they ended winning an unbelievably tense and tight game by just 19-16. At least there was one bright moment when 6ft 7in Jake Ball hoisted the grinning 5ft 7in Faf de Klerk up by his collar in frustration – perhaps the most enduring image of the whole tournament. 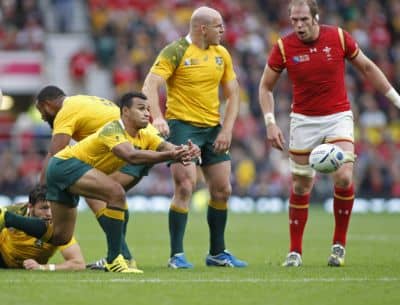 Warren, Steve and Kieran Bow Out

New Zealand had something to prove in the third-place play-off and they inflicted a heavy 40-17 defeat on Wales. There was a plus point: Josh Adams scored another try to make him the competition’s leading try scorer, but overall, it was a disappointing way for Gatland to bow out. Steve Hansen and Kieran Read also took part in their final international games. 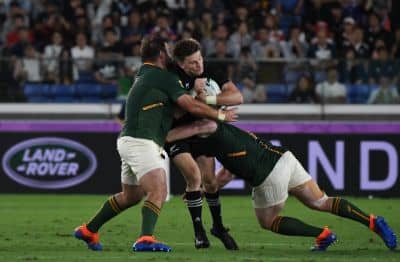 The final was completely dominated by South Africa. They were a different, more fluid unit to the one that had turned up against Japan and Wales and they outmanoeuvred the English at every turn. They murdered them in the scrum and the lineout and snuffed out every attack that England threw at them. At one point, the Boks defended over 25 phases of England pressure on their goal line without conceding. A testament to their physical condition, organisation and team spirit. Makazole Mapimpi touching down in the 66th minute was a hammer blow and Kolbe’s amazing try 12 minutes later, sidestepping Farrell on the inside in the blink of an eye when it had seemed he had nowhere to go just confirmed their domination. The sight of Billy Vunipola trying desperately to cover across, realising he wasn’t fast enough and just putting his head down and stopping was a firm indication that it was all over. The margin of victory in the 32-12 scoreline might seem big for a final, but it was a true reflection of what had happened on the pitch: South Africa were just awesome.
One last quirky statistic is that South Africa’s wins have all come 12 years apart: 1995, 2007 and 2019… will they do it again in 2031 and when will a Northern Hemisphere country lift the William Webb Ellis trophy again?