Home Gaming Our Guide to… The World of Online Gaming
Gaming

Our Guide to… The World of Online Gaming

One of the best ways to pass all that time you’ve got on your hands at the moment is by delving into the online world of gaming. It keeps you connected even in isolation and you can have hours of escapist fun with your game-buddies.

Here’s our guide to the best of what’s out there: some old, some new – all amazingly entertaining!

Counter-Strike is a first-person, multiplayer team-based game. You complete objectives, such as securing a location, planting or defusing a bomb and rescuing or guarding hostages. You play in real-time against real players around the world.

It isn’t possible to create a gaming list that doesn’t contain the famous battle-royale game “Player Unknown’s Battlegrounds” or PUBG as it’s popularly known. Up to 100 players parachute onto an island and scavenge for

weapons and equipment. The available safe area of the game’s map decreases in size over time, directing surviving players into tighter areas to force encounters. The last player or team standing wins the round.

You can play solo or duo or in a squad of four. You can even talk to your teammates while playing which only increases the fun.

Fortnite is another huge online gaming phenomenon. It is available in three versions that, even though they are very different, share the same general theme and game engine:

Fortnite: Save the World is a co-op survival and building game for up to four players. Fortnite Creative allows you to build worlds and battle arenas. The most popular option, however, is Fortnite Battle Royale, a free-to- play, battle-royale game where up to 100 players compete to be the last person standing and get the sweet “Victory Royale”!

Ludo King is the mobile version of the board game that we used to play as children. It supports from two to six players and you can even participate in online tournaments! 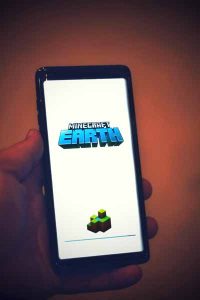 Minecraft is what’s known as a “sandbox” game, ie you are presented with a large open world which you can discover and interact with at your leisure. In Minecraft, you explore a blocky, 3D environment extracting raw materials, crafting tools and building structures. You can also fight against AI “mobs” as well as cooperate with or compete against other players in the same world. There is a survival mode in which players must acquire resources to build the world and maintain their health and a creative mode where players have unlimited resources. You can modify the game to create new mechanics and items.

I used to love playing Patience as a child, but had forgotten all about it over the years. Since my father bought his iPad, he’s downloaded an online version! There are many to choose from, but these are his, and my, favourites: cardgames.io and mobilityware.com (please bear in mind this one is a mobile phone app only).

The “escape room” genre is hugely addictive and very simple to play. The concept is that you’re in a room surrounded by interactive objects and you have to click and manipulate them to open a door and move onto the next room. There are many different variations, but my favourite has to be this one – it’s so atmospheric!

My nephew swears by this one. Here’s what he says about it: “So often computer games are a fast paced frenetic scramble to the next button, Transport Fever 2 is the antidote. You act as a transport magnate connecting the world through land, sea and air. Starting as early as 1850, you get to visit over 170 years of transport history with the beautiful models bringing the world to life as you watch your ever-growing network expand and flourish. It’s a slow-paced game which keeps you engaged throughout as you constantly look to improve and refine your previous work.” 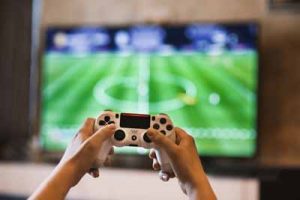 FIFA Online 3 allows players to choose a football team and customise it to their heart’s desire. They can play in one of more than 30 leagues and use 15,000 real-life players. Players can play a season in single-player mode or play against other online players. Playing matches earns EP, the in-game currency used to buy players and items. You can also play FO3 in a host of extra modes, including cup mode and manager mode. It really does cover all the bases and has everything you could ever wish for from an online football game.

If you're looking for top-quality granite or quartz worktops for your kitchen, look no further than the lovely Ange… https://t.co/y3XxJvwFP3

Reply Retweet Favorite
Cae Hic Livery and Riding Centre are open again! They have an indoor and outdoor arena and provide lessons for all… https://t.co/DEM4bZLzOB

Reply Retweet Favorite
Menter Iaith Fflint a Wrecsam @fflintawrecsam are working to promote, facilitate and increase the use of Welsh in F… https://t.co/SO4DGcUVUj