The ferocity, skill and fitness levels of players of all nations competing at the Rugby World Cup in Japan has generated tremendous interest and enthusiasm in spectators at venues in Japan, those watching the games live on ITV and S4C at home and in local pubs or clubs. The arrival of Typhoon Hagibis provided even more drama if that was possible and gave the organisers fixture problems that I can’t remember ever happening at a major sporting event before. 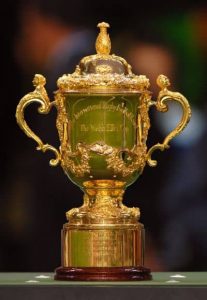 Undoubtedly, the success of the Japan team in beating Ireland was one of the World Cup’s greatest ever upsets along with their victory over South Africa four years ago and increased interest in the competition even further. It was a clear indication of the intensity and match preparation which the Japan team had achieved. The Japanese players may be small in stature, but as the Irish players learnt to their cost, “it’s not the size of the dog, but the size of the fight in the dog that counts”. They showed this was not a flash in the pan with their victory over Scotland, running them ragged at times in the game with their bewildering movement and speed. Will it be enough to defeat the physical challenge that will be provided by South Africa? It should be an intriguing contest.

The enthusiasm of spectators was further heightened in the brilliantly competitive game between Wales and Australia. The first-half display by Wales with outstanding performances by Gareth Davies, Hadleigh Parkes, Josh Navidi and Aaron Wainwright was countered by a gritty fightback by the Australians in the second half which kept spectators guessing and glued to their TV screens. Overall, the Wales team played with great composure under pressure, particularly Rhys Patchell. Wales now face France who have yet to catch light in this tournament and I believe the Welsh should have too many attacking weapons and too much defensive nous for the unpredictable French.

With England, New Zealand, Wales and South Africa showing ominous form and France, Ireland, Japan and Australia all showing glimpses, spectators have much to look forward to as the competition reaches its final stages. If the remaining games replicate the outstanding technical preparation and attacking play seen in the preliminary games, spectators in Japan and those watching on television will witness some outstanding and truly memorable rugby. 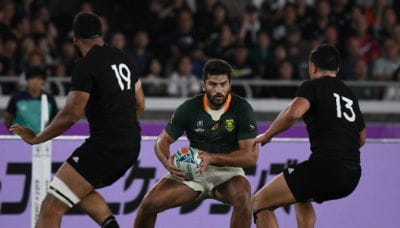 It is difficult to predict who will reach the final and I am sure all readers will have their favourites. From a personal point of view, I would like to see Wales play South Africa and then the All Blacks in the final. Perhaps I am being too generous to the Wales team or merely sentimental in the hope that Warren Gatland has a “fairy tale” ending to his reign as the outstanding coach who has inspired Wales to such great success over the last 11 years and that Alun Wyn Jones, the outstanding Wales forward, can achieve the success his personal efforts deserve. All the best to Wales! Pob lwc I Gymru… ewch amdani! (go for it!)

For those readers of LOVE Wrexham who are keen to read more about rugby, I would recommend two outstanding books available in local bookshops:

“The Greatest Lions XV Ever” by Jonathan Davies, the television commentator, is an excellent assessment of the qualities and skill levels of players selected to play for the British and Irish Lions tours and to ascertain which of those players he considers to be the “greatest of the great”.

He poses many key questions, for example if Barry John was better than Jonny Wilkinson, how good was Willie John McBride and was any scrum half better than Gareth Edwards?

“Scarlets” by Alun Gibbard is an outstanding history of Llanelli rugby club through to their emergence as the regional team “the Scarlets” who are supported by a great many rugby followers in Wrexham.

The Scarlets are a rugby-playing “factory” which has produced many outstanding players by developing their skills in free-flowing rugby and has won world-wide recognition. Alun Gibbard traces the history of the team using outstanding photographs and easy-to-read text which promotes insight into the personalities of players, coaches and the community.

These two excellent books will rekindle rugby supporters’ memories of outstanding individual and team performances. Hopefully it will generate discussion around how many of the good players in the current World Cup would achieve the status of “outstanding”.

The Singer-Songwriter Who Traded the City for the Country

Springbok Versatility and Discipline Steers Them to Title