The popular rhyme associated with Yale is “American born, in Europe bred, in Africa travell’d and in Asia Wed”. That only tells half the story, however.

As a local Wrexham author, this is a big month for me, as we publish Part Two of my Yale trilogy, Mistress Yale’s Diaries, The Glorious Return. 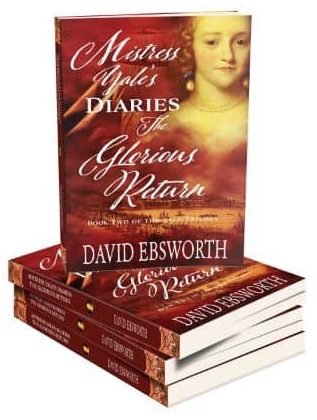 Early last year, I was asked whether I’d consider writing a novel about Elihu Yale, but I wasn’t initially very keen. Yale plays an important part in Wrexham’s history. He deserves credit for giving his name to one of America’s top universities and for making a permanent link between our town and the USA. American visitors still come here to visit his tomb outside St Giles Church.

Yale was an important figure in the early days of Britain’s involvement in India, warts and all. He was one of the first great Nabobs, Governor of the East India Company outpost at Fort St George in old Madras. Apart from that, he bequeathed large sums of his wealth to St Giles Church itself in the early 1700s and he lived for many years at Plas Grono, now part of the Erddig estate.

I also knew that Yale had made a fair amount of that wealth from the company’s trade in Indian slaves – not the best of characters – but then I picked up a copy of Yale’s will with its remarkable line: ‘To my wicked wife…’, but then there is nothing: no name, no bequest. I knew immediately that I wanted to find out more about this woman. 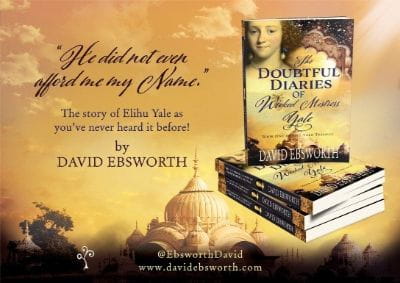 My original research uncovered the first detailed account of Mistress Yale’s life – the life of Catherine Hynmers Yale – and led me to write not one novel, but three telling the story of Elihu Yale through the eyes of his much-maligned wife. The first part of the trilogy, The Doubtful Diaries of Wicked Mistress Yale (my seventh historical novel), was published in April. Part three, Wicked Mistress Yale, The Parting Glass, will be available in April 2020.

And “wicked”? Well, you’ll have to make up your own minds…

David Ebsworth is the pen name of writer Dave McCall, born in Liverpool, but who’s lived in Acton, Wrexham with his wife Ann since 1981. You can find out more by visiting his website. Signed copies of the novels are also available from Waterstones in Wrexham.

This is what a critic said about David’s first novel, The Doubtful Diaries of Wicked Mistress Yale: “Shades of James Clavell’s Shogun and Winston Graham’s Poldark.”

Managing Your Dog’s Diet and Getting It Right

Welsh Saints On The Mormon Trail by Wil...

A Space of Your Own